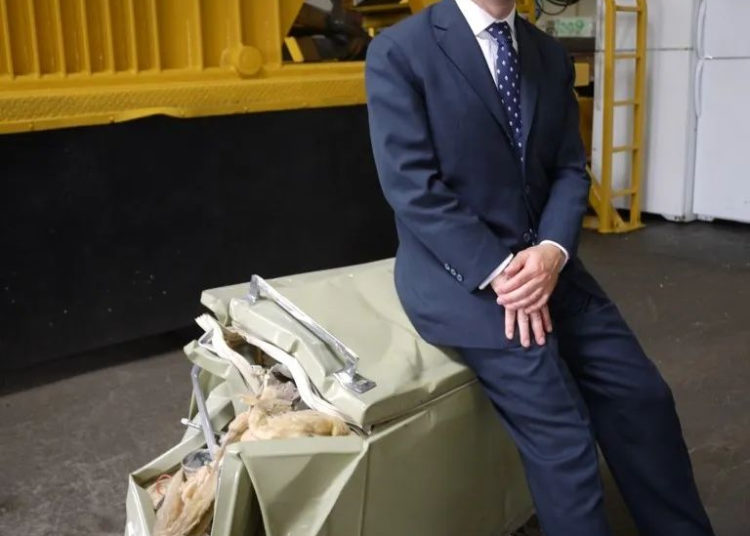 Putting power behind her pledge to fund more than $3 billion to address climate change and communities, philanthropist and investor Laurene Powell Jobs has hired California Secretary for Environmental Protection Jared Blumenfeld as the inaugural president of the Waverley Street Foundation, according to a press release on Aug. 12.

Jobs Powell announced in 2021 that the nonprofit foundation would grant more than $3 billion – the entirety of its endowment – by 2035.

“Our planet, and all of us who inhabit it, face no greater threat than our climate crisis. The Waverley Street Foundation was formed to address this crisis with the kind of bold, innovative ideas that are urgently needed,” said Powell Jobs, who is the foundation’s vice chair, said in the statement. “In Jared, the Waverley Street Foundation will have a proven leader with the vision and experience that this complex global challenge demands. His leadership at the city, state, and regional levels will prove invaluable as we seek to translate local action into worldwide impact.”

Blumenfeld was also a U.S. Environmental Protection Agency senior leader during the Obama Administration and has a track record of working with underserved communities, according to the press release. At Waverley Street Foundation, he will focus on actions that support groundbreaking work being done in communities across the globe to reduce carbon pollution.

“We have 10 years to drastically cut climate pollution, which is already causing extreme heat, mega-wildfires, destructive droughts and sea-level rise. Our best solutions and climate heroes are in local communities that are struggling for survival,” Blumenfeld said in the statement. “Waverley Street will place community voices at the center of our work. Together with Lisa Jackson, Laurene Powell Jobs and the Waverley board, we will supercharge efforts that result in an equitable and livable planet for all humankind.”

Blumenfeld will start in his new role in September.

“Jared has spent his career engaging with the people on the ground, working in urban neighborhoods, in rural areas, in tribal communities and beyond to directly address the challenges that climate change brings,” Waverley Street Foundation Board Chair Lisa P. Jackson said in the press release.

“He knows progress and innovation are possible when we put the voices and work of local communities at the forefront of climate action, and we’re thrilled that he’s going to be guiding Waverley Street’s mission going forward.”

Jackson is the vice president of environment, policy and social initiatives at Apple, Inc. and is a former administrator of the U.S. Environmental Protection Agency.

Prior to his leadership at CalEPA, Blumenfeld served as regional administrator of the U.S. Environmental Protection Agency for the Pacific Southwest, which covers Arizona, California, Hawaii, Nevada, the Pacific Islands and 148 tribal nations. He has hiked from Mexico to Canada on the Pacific Crest Trail, hosted an environmental podcast Podship Earth and has worked in China, India, Europe, Africa, and the Americas to protect more than 8 million acres of wildlife habitat. He served as director of San Francisco’s Department of Environment, during which San Francisco was named “the most sustainable city in the nation.”

Leaving his position with Gov. Gavin Newsom’s office, Blumenfeld said, “I’m deeply grateful to Governor Newsom for the opportunity to serve the people of California and proud of everything we accomplished at CalEPA. Governor Newsom has set the global standard for bold climate leadership. He has stood up against polluters and provided billions of dollars to help Californians tackle the climate emergency.”

The Waverley Street Foundation will soon launch its website to provide more details on its mission, grantees and the impact of its work, the press release noted.

BEDFORD, Mass.--(BUSINESS WIRE)--Ocular Therapeutix, Inc. (NASDAQ:OCUL), a biopharmaceutical company focused on the formulation, development, and commercialization of innovative therapies for...

The United States, through the U.S. Agency for International Development (USAID), is providing more than $151 million in new, urgently...

Building on Bloomberg Philanthropies’ Beyond Coal and Beyond Carbon, Beyond Petrochemicals will partner with frontline communities to block the construction...