‘To the Uttermost Ends of the Earth’ Book Review 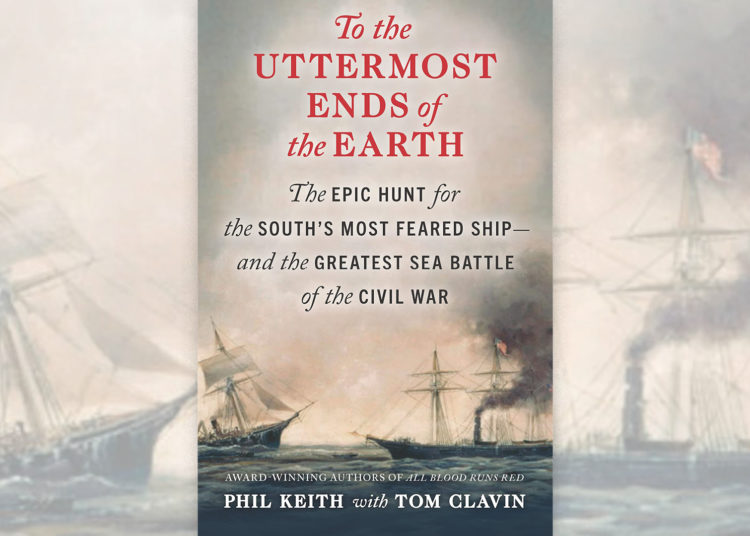 One of few notable naval clashes of the American Civil War, the June 19, 1864, Battle of Cherbourg, pitted two modest sail/steam powered sloops-of-war against each other off coastal France. The single-ship action resulted in the destruction of Alabama, the Confederacy’s most effective oceangoing warship, which had bedeviled Union merchant shipping for the better part of two years. While the battle itself occupies just a dozen pages, the authors have combined a fine history of wartime commerce raiding with biographies of the opposing captains.

A career naval officer, Maryland-born Raphael Semmes (1809–77) was middle-aged when his adoptive Alabama seceded from the Union. Despite a plethora of volunteer soldiers, what the South needed most was fighting ships and the men to sail them. Semmes was among the few with command experience to offer his services to the Confederacy.

In August 1862 Semmes took command of a repurposed steamer christened as CSS Alabama. Over the next 22 months he and his crew captured some 65 Union merchantmen and sank the iron-hulled steamer USS Hatteras. Union businessmen, furious at their losses and skyrocketing insurance, demanded action from the wartime administration of President Abraham Lincoln.

Enter one John Winslow (1811–73), a career naval officer and native North Carolinian who knew Semmes but, unlike his counterpart, remained loyal to the Union. After service down South with the Union’s Mississippi River Squadron, Winslow took command of the sloop of war USS Kearsarge in 1863. Tasked with hunting down Alabama, he sailed off to find a specific ship somewhere on the Earth’s oceans, a hopeless project in that era. Indeed, after a fruitless 14 months at sea Winslow resolved to limit his search to the English Channel, whose ports Alabama often used. To his great satisfaction the Rebel raider entered Cherbourg Harbor in June 1864.

The hourlong battle itself was anticlimactic. Confronted by calm and experienced Union gunners aboard Kearsarge, who holed the Rebel raider beneath the waterline, Alabama struck its colors and sank. Rescued by a British yacht, Semmes and many crewmen escaped imprisonment. Living to fight another day, they returned Stateside (the Confederate States, that is) and served out the war as an infantry brigade.

While the authors concede  that Alabama’s depredations had little effect on the broader war effort, Semmes’ adventures commanded more than their share of ink, and historians never tire of the story. Four subsequent Navy ships have borne the name Kearsarge, and Semmes remains something of a swashbuckling hero among aficionados  of Civil War naval actions.

This review appeared in the Autumn 2022 issue of Military History magazine.

To the Uttermost Ends of the Earth

This post contains affiliate links. If you buy something through our site, we might earn a commission.

A new memorial to honor the members of the Laotian Hmong community who fought and died for the U.S. in...

These War Films Were Remade — Should They Have Been?

Beau Geste The 1924 novel by P.C. Wren, about brothers who run off to join the French Foreign Legion in...