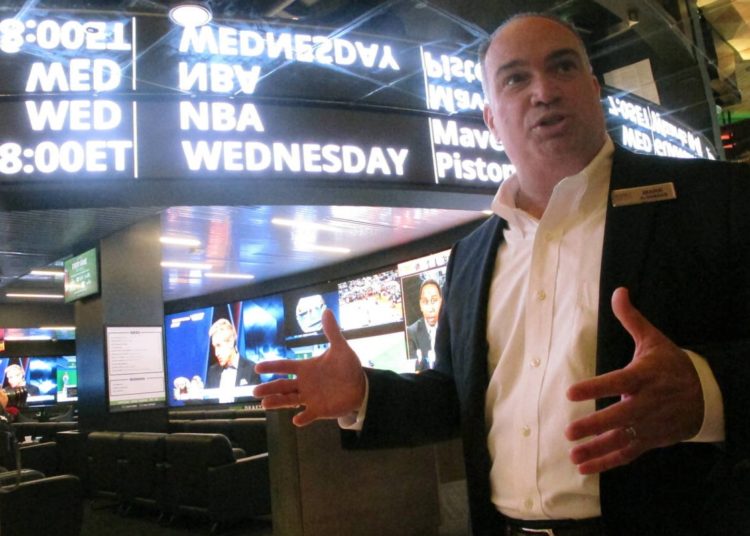 Lupo, who is resigning after being tapped by Hard Rock International to head up the company’s forthcoming Las Vegas Strip casino, will be replaced by Resorts Casino Hotel CEO Mark Giannantonio. The longtime Atlantic City gaming industry veteran has been in charge at Resorts since 2012.

I am honored to succeed Joe Lupo as the next president of the Casino Association of New Jersey,” said Giannantonio. “I have deep roots in this community, and I am ready to work together with the city and the state to continue to advance Atlantic City and elevate its status as a leading entertainment hub and destination resort.”

The association serves as the lobbying arm of the state gaming industry. Each of the nine current casinos in town are CANJ members.

Resorts was the first Atlantic City casino to open back in May of 1978. Forty-four years later, the Boardwalk casino’s boss is now leading the town’s gaming trade group.

Prior to joining Resorts, Giannantonio was president and CEO of Tropicana Atlantic City. The gaming veteran has also chaired the Advisory Board of the Lloyd D. Levenson Institute of Gaming, Hospitality, and Tourism at Stockton University and has served on the board of the Atlantic City Police Foundation. Giannantonio’s resume additionally includes sitting on Stockton’s Steering Committee of the William J. Hughes Center for Public Policy.

“Mark is a lifelong Atlantic County resident who cares deeply about this city and community, and I am confident he will be a great voice for the industry moving forward,” Lupo declared.

Lupo is departing Atlantic City for Las Vegas after Hard Rock International late last year agreed to acquire Mirage’s operating rights from MGM Resorts for a little more than $1 billion. The sale is expected to close in the second half of 2022.

Giannantonio will assume the hot-button issue of allowing indoor smoking to continue being permitted inside the nine casinos. The gaming industry and the leading workers’ union in town have come out in opposition of ending the clean indoor air loophole that has been afforded to the casinos since 2006.

There is already enough support in Trenton to send New Jersey Gov. Phil Murphy (D) legislation to make casinos go fully smoke-free. But the industry, which has levied threats that considerable job losses would be incurred if such a measure was passed, has seemingly convinced state leaders to delay such legislative deliberations.

CANJ says in its mission statement that it advocates for legislation and initiatives that support the ongoing revitalization of Atlantic City.

“A thriving casino industry drives economic growth, job creation, increased tax revenue for state and local budgets, and prosperity for city residents, hardworking families, and businesses that rely on the casinos for their livelihood,” the CANJ mission reads.