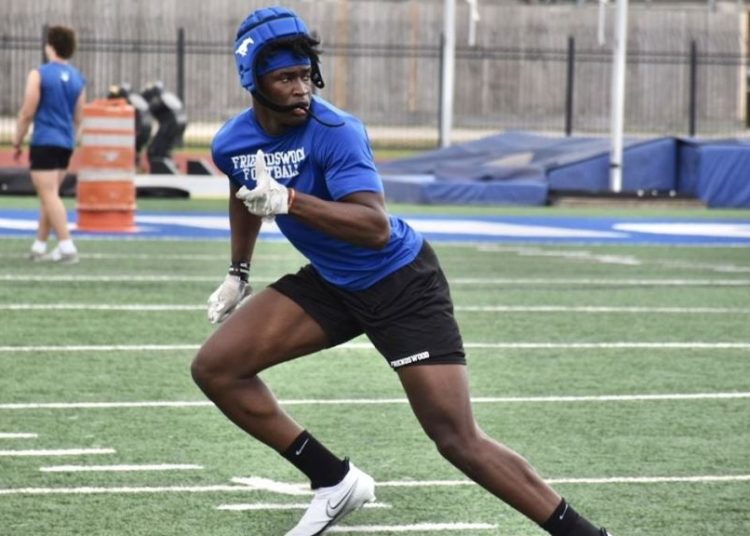 USC football added its second commitment of the month on Saturday. Braylan Shelby, a four-star edge from Friendswood (Texas), announced he will head to Southern California to join the Trojans.

Shelby is ranked as the No. 15 edge rusher in the class of 2023 and No. 133 player over all. He chose USC over 35 other offers, per 247Sports, including Texas. Longhorns Wire reported that Texas heavily recruited Shelby and will “likely continue” to pursue a relationship with the four-star prospect.

USC and head coach Lincoln Riley will try to fight off any Texas advances that may continue for the 6-foot-4.5, 235-pound defensive star. The Trojans have continued their major progress since Riley came aboard, picking up 15 commits thus far in the class of 2023, ranked No. 12 in the nation. USC is one of just five programs to have multiple five-star commits.

The program has started August hot with pledges from two defensive prospects. In addition to Shelby, four-star cornerback Maliki Crawford committed to the Trojans. Crawford, hailing from Pacifica (Oxnard, Calif.), is ranked the No. 33 cornerback and No. 352 player in the class. He had 18 offers overall, according to 247Sports.