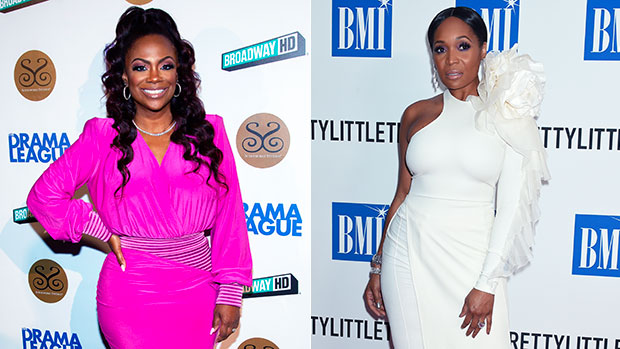 
The ladies of The Real Housewives of Atlanta finally made their way to Jamaica during the August 7 episode. Sanya Richards-Ross had previously invited everyone, including the husbands, to join her and her husband on a work trip, and she encouraged everyone to bring a plus one, even if they don’t have a significant other. Unfortunately for Kenya Moore, her plus one backed out at the last minute, so she started off the trip by her lonesome. However, that didn’t last very long because shortly after arriving in Jamaica, she met a guy and invited him to the cast dinner later that night.

Kandi & Todd get into it with Marlo! 🔥 #RHOA pic.twitter.com/lutOFbt2Ge

Once at the dinner, the cast interrogated Kenya’s date — they asked him how old he was, and Kenya made him blush by joking about his private parts. But he also didn’t stay long because before the food was even served, Marlo Hampton and Kandi Burruss got into a huge argument.

It all started when someone asked Ralph Pittman to talk about the book he’s writing. That led to Marlo asking him whether he’s adopting Drew Sidora’s son. He originally said he would, but after a conversation with the boy’s biological father, he decided not to move forward with the adoption. Drew already knew he had made this decision, but Marlo started causing drama over it, and it rubbed everyone the wrong way. Especially Kandi, who told Marlo to butt out of the conversation since she recently kicked her two nephews out of her house — in Kandi’s eyes, Marlo isn’t the best person to be giving parenting advice.

Kandi’s comment caused an even bigger uproar, and Marlo soon took a few hits at Kandi. First, she said that Kandi prioritizes her mom over husband Todd. And then, she said that Kandi is “only known in Atlanta”. That really pissed Kandi off, as she screamed back that she’s known “worldwide”. And that wasn’t even the end of the dinner — more is coming next week, so we imagine things will only get worse.

Moving from Dubai to California, Spotify kept me in touch with my culture

Moving from Dubai to California, Spotify kept me in touch with my culture

The Math Behind GE's Breakup. It's a Sum-of-the-Parts Party.