Senate Democrats approve big Biden deal; House, poised to deliver, will vote next: ‘It’s been a long, tough, and winding road, but at last, at last we have arrived’ 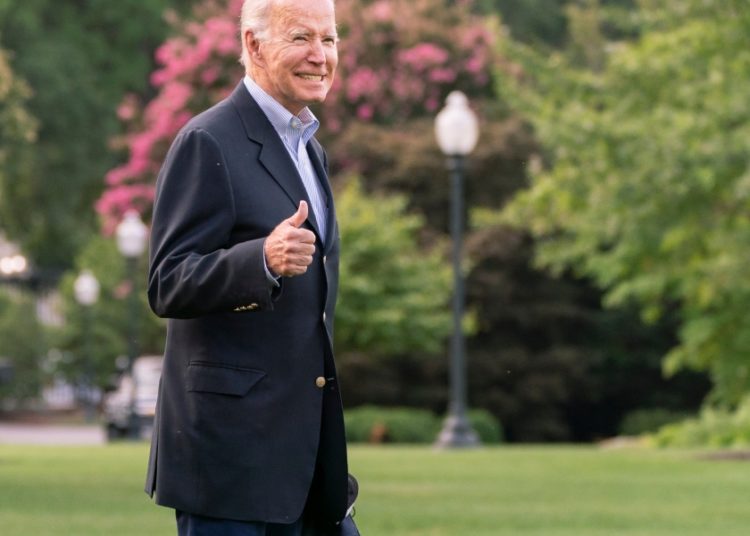 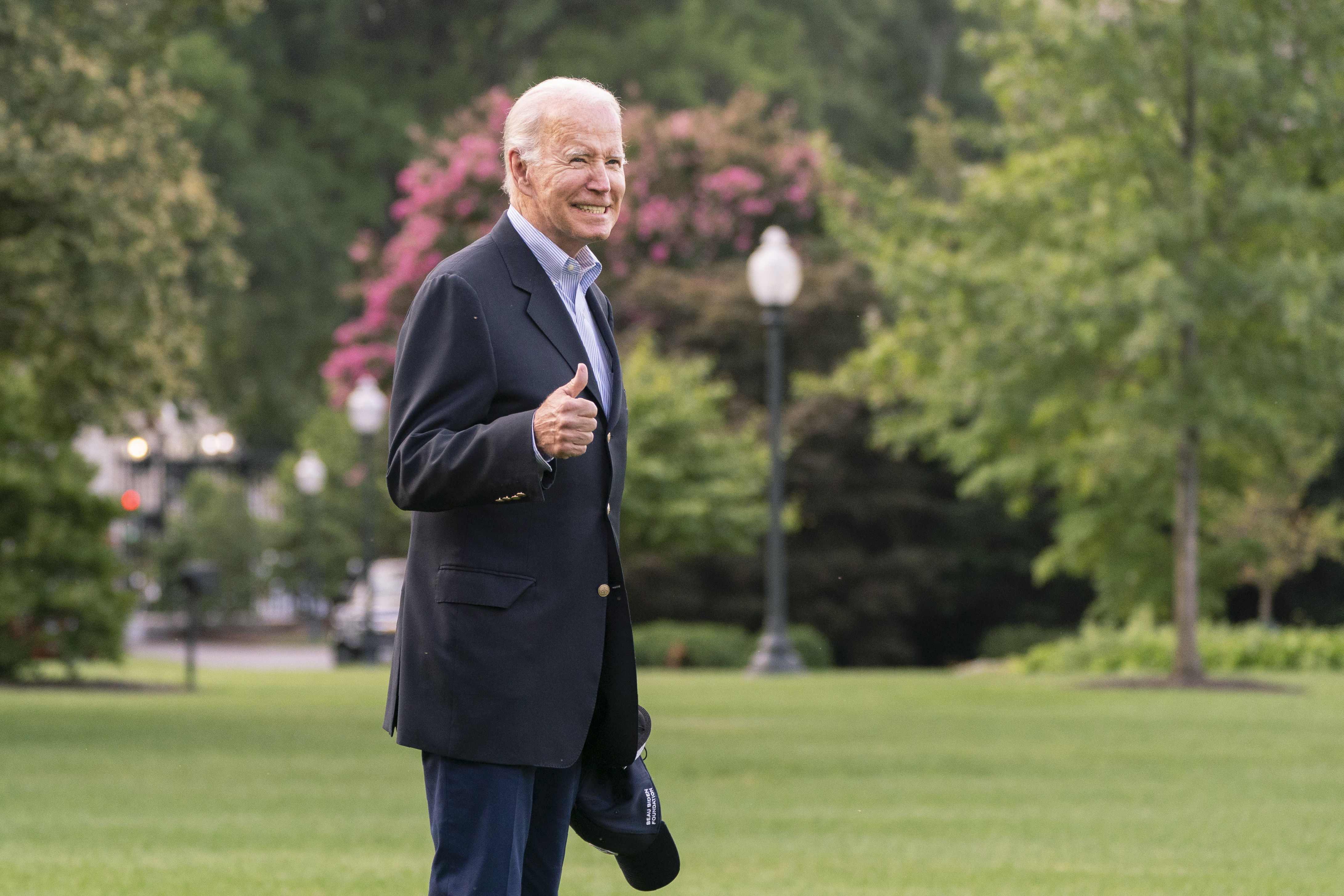 YouTube influencer sparks outrage saying “if you don’t have a Lamborghini in your 20s, you should have a ‘serious’ talk with yourself”

Intel Tumbles After Forecast Suggests Comeback Is Far Off

The estimated $740 billion package heads next to the House, where lawmakers are poised to deliver on Biden’s priorities, a stunning turnaround of what had seemed a lost and doomed effort that suddenly roared back to political life. Democrats held united, 51-50, with Vice President Kamala Harris casting the tie-breaking vote.

“It’s been a long, tough and winding road, but at last, at last we have arrived,” said Senate Majority Leader Chuck Schumer, D-N.Y., ahead of final votes.

“The Senate is making history. I am confident the Inflation Reduction Act will endure as one of the defining legislative measures of the 21st century.”

Senators engaged in a round-the-clock marathon of voting that began Saturday and stretched late into Sunday afternoon. Democrats swatted down some three dozen Republican amendments designed to torpedo the legislation. Confronting unanimous GOP opposition, Democratic unity in the 50-50 chamber held, keeping the party on track for a morale-boosting victory three months from elections when congressional control is at stake.

The bill ran into trouble midday over objections to the new 15% corporate minimum tax that private equity firms and other industries disliked, forcing last-minute changes.

Despite the momentary setback, the “Inflation Reduction Act” gives Democrats a c ampaign-season showcase for action on coveted goals. It includes the largest-ever federal effort on climate change — close to $400 billion — caps out-of-pocket drug costs for seniors on Medicare to $2,000 a year and extends expiring subsidies that help 13 million people afford health insurance. By raising corporate taxes, the whole package is paid for, with some $300 billion extra revenue for deficit reduction.

Barely more than one-tenth the size of Biden’s initial 10-year, $3.5 trillion rainbow of progressive aspirations in his Build Back Better initiative, the new package abandons earlier proposals for universal preschool, paid family leave and expanded child care aid. That plan collapsed after conservative Sen. Joe. Manchin, D-W.Va., opposed it, saying it was too costly and would fuel inflation.

Nonpartisan analysts have said the “Inflation Reduction Act” would have a minor effect on surging consumer prices.

Republicans said the measure would undermine an economy that policymakers are struggling to keep from plummeting into recession. They said the bill’s business taxes would hurt job creation and force prices skyward, making it harder for people to cope with the nation’s worst inflation since the 1980s.

“Democrats have already robbed American families once through inflation, and now their solution is to rob American families a second time,” Senate Minority Leader Mitch McConnell, R-Ky., argued. He said spending and tax increases in the legislation would eliminate jobs while having insignificant impact on inflation and climate change.

In an ordeal imposed on all budget bills like this one, the Senate had to endure an overnight “vote-a-rama” of rapid-fire amendments. Each tested Democrats’ ability to hold together a compromise negotiated by Schumer, progressives, Manchin and the inscrutable centrist Sen. Kyrsten Sinema, D-Ariz.

Progressive Sen. Bernie Sanders, I-Vt., offered amendments to further expand the legislation’s health benefits, and those efforts were defeated. Most votes were forced by Republicans and many were designed to make Democrats look soft on U.S.-Mexico border security and gasoline and energy costs, and like bullies for wanting to strengthen IRS tax law enforcement.

Before debate began Saturday, the bill’s prescription drug price curbs were diluted by the Senate’s nonpartisan parliamentarian. Elizabeth MacDonough, who referees questions about the chamber’s procedures, said a provision should fall that would impose costly penalties on drug makers whose price increases for private insurers exceed inflation.

It was the bill’s chief protection for the 180 million people with private health coverage they get through work or purchase themselves. Under special procedures that will let Democrats pass their bill by simple majority without the usual 60-vote margin, its provisions must be focused more on dollar-and-cents budget numbers than policy changes.

But the thrust of their pharmaceutical price language remained. That included letting Medicare negotiate what it pays for drugs for its 64 million elderly recipients, penalizing manufacturers for exceeding inflation for pharmaceuticals sold to Medicare and limiting beneficiaries out-of-pocket drug costs to $2,000 annually.

The bill also caps Medicare patients’ costs for insulin, the expensive diabetes medication, at $35 monthly. Democrats wanted to extend the $35 cap to private insurers but it ran afoul of Senate rules. Most Republicans voted to strip it from the package, though in a sign of the political potency of health costs seven GOP senators joined Democrats trying to preserve it.

The measure’s final costs were being recalculated to reflect late changes, but overall it would raise more than $700 billion over a decade. The money would come from a 15% minimum tax on a handful of corporations with yearly profits above $1 billion, a 1% tax on companies that repurchase their own stock, bolstered IRS tax collections and government savings from lower drug costs.

Sinema forced Democrats to drop a plan to prevent wealthy hedge fund managers from paying less than individual income tax rates for their earnings. She also joined with other Western senators to win $4 billion to combat the region’s drought.

The package keeps to Biden’s pledge not to raise taxes on those earning less than $400,000 a year.

It was on the energy and environment side that compromise was most evident between progressives and Manchin, a champion of fossil fuels and his state’s coal industry.

Clean energy would be fostered with tax credits for buying electric vehicles and manufacturing solar panels and wind turbines. There would be home energy rebates, funds for constructing factories building clean energy technology and money to promote climate-friendly farm practices and reduce pollution in minority communities.

Lucid soared Friday, a move that is being attributed to unconfirmed rumors that the company could be acquired. Lucid (LCID)...

YouTube influencer sparks outrage saying “if you don’t have a Lamborghini in your 20s, you should have a ‘serious’ talk with yourself”

That’s according to one 24-year-old YouTube influencer who has sparked fury online.  Sebastian Ghiorghiu, who has over 800,000 subscribers on...

Intel Tumbles After Forecast Suggests Comeback Is Far Off

(Bloomberg) -- Intel Corp. gave one of the gloomiest quarterly forecasts in its history after a personal-computer slump ravaged the...

Citadel CEO Ken Griffin could easily be considered the top dog in finance right now. The hedge fund saw a...