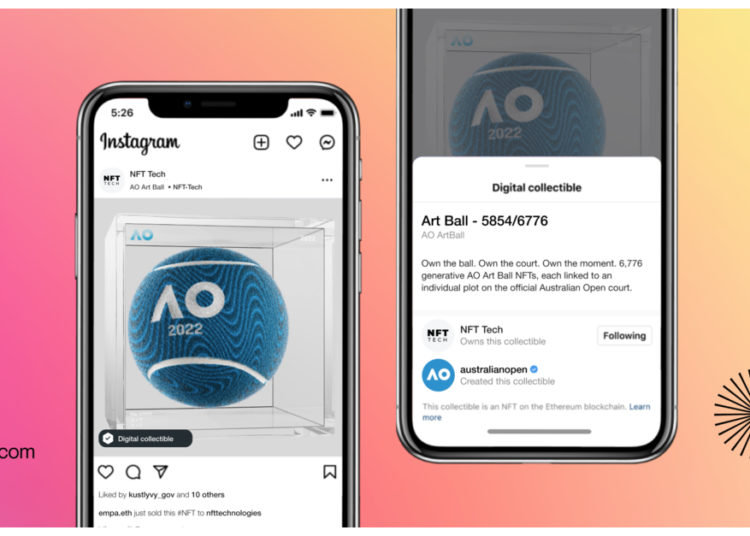 Meta Inc. is a global leader when it comes to user acquisition. During the second quarter of 2022, Meta stated that 3.65 billion people were using at least one of the company’s core products, such as Facebook, WhatsApp, Instagram, or Messenger each month. Since May 2022, the company has been testing digital collectibles on Instagram and starting August 4, it expanded the ability for people, creators, businesses, and collectors to share digital collectibles they created or own.

“Although in its infancy, Meta’s position is a true indicator that we are transitioning into web3,” said Adam De Cata, CEO of NFT Tech. “As we launch some of the world’s most prestigious brands and creators in web3, it’s crucial that we extend access to the digital IP and its utility to the widest possible audience.”

“Meta’s willingness to bet their multi-billion-dollar business on the future of web3 and the metaverse is a strong signal to the rest of the world,” continued Adam. “This rollout is giving me the same flashbacks to the early days of the internet and social media when it took major global brands years to set up a simple Facebook page. I think we will see a very similar trajectory with web3 and how it takes over the digital economy.”

NFT Tech works to develop infrastructure, assets, real estate and IP in the metaverse, build and generate revenue from P2E and M2E games, and bring insights and benefits to the public markets. By bridging the gap between traditional capital markets and the Web3 space, NFT Tech is mainstreaming decentralized ownership, NFTs, and the metaverse. Current projects include founding the GOAT Guild and Fuku.

Meta builds technologies that help people connect, find communities, and grow businesses. When Facebook launched in 2004, it changed the way people connect. Apps like Messenger, Instagram, and WhatsApp further empowered billions around the world. Now, Meta is moving beyond 2D screens toward immersive experiences like augmented and virtual reality to help build the next evolution in social technology.

No securities regulatory authority has either approved or disapproved of the contents of this news release. The Neo Exchange has not reviewed or approved this press release for the adequacy or accuracy of its contents.

All the Celebrities With a Twin You Didn’t Know About