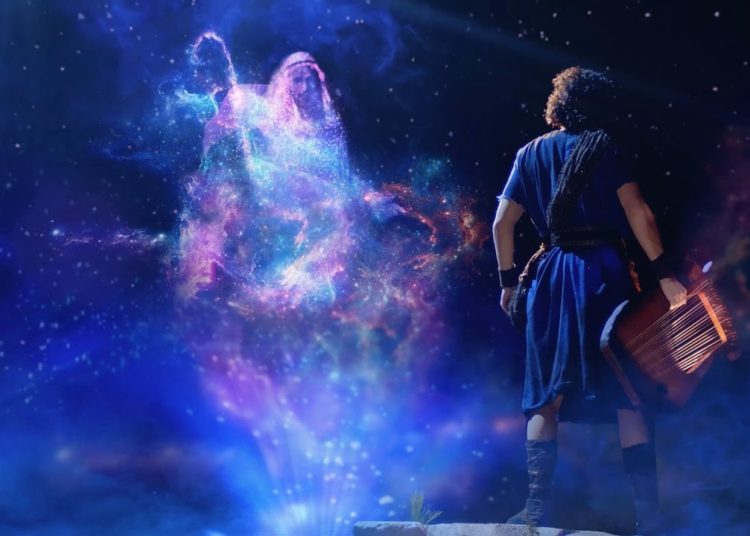 Not every battle is won with a sword.

After unprecedented victories lead to devastating failures, this passionate warrior will face the biggest battle of all: the one within himself. Come alongside this young shepherd on his journey to become a man after God’s own heart.

With original music inspired by the Psalms, DAVID is a state-of-the-art theatrical experience for the whole family. Witness one of the most legendary Bible stories as it comes to life with spectacular special effects, massive sets, and live animals in this brand-new stage production from Sight & Sound Theatres.

Sight & Sound® is a ministry on a mission to bring the Bible to life through live theater, television, and film. What started over 40 years ago as a traveling multimedia show has today become a destination for over 25 million people. With two state-of-the-art theaters, over one million people walk through their doors each year from around the world. In 2005, Sight & Sound began filming and releasing productions on DVD. National distribution came in 2017, when shows first appeared in movie theaters across the country, followed by digital releases on iTunes, Amazon, and Hulu. In 2020, Sight & Sound made its first global television debut when the acclaimed show JESUS was released over Easter weekend. Nearly 3 million people tuned in worldwide. Most recently, Sight & Sound TV was launched, a brand new streaming platform dedicated to bringing the Bible to life beyond the stage.

The Bay Area is home to one of the largest Indian-American communities in the country – and to one of...

Things certainly get dramatic during tonight's Final Jeopardy! Find Your Station: http://bit.ly/2BIOtxc Want to be on the show? It all...