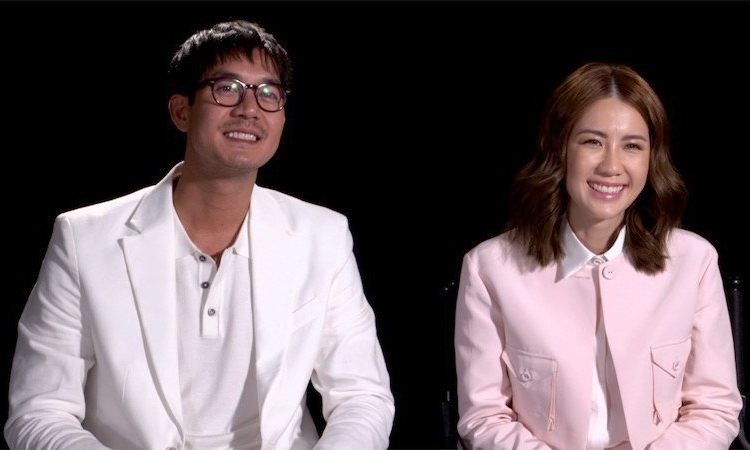 MLB The Show 23 Will Have Negro League Chapters

ComingSoon Editor-in-Chief Tyler Treese spoke to Thirteen Lives stars Weir Sukollawat Kanarot and Pattrakorn “Ploy” Tungsupakul about their roles. Kanarot portrays the heroic Saman Kunan, who tragically passed away during the rescue, while Tungsupakul plays the mother of one of the missing boys. The Ron Howard-directed film is streaming on Prime Video on August 5.

“Thirteen Lives recounts the incredible true story of the tremendous global effort to rescue a Thai soccer team who become trapped in the Tham Luang cave during an unexpected rainstorm,” says the synopsis. “Faced with insurmountable odds, a team of the world’s most skilled and experienced divers – uniquely able to navigate the maze of flooded, narrow cave tunnels – join with Thai forces and more than 10,000 volunteers to attempt a harrowing rescue of the twelve boys and their coach. With impossibly high stakes and the entire world watching, the group embarks on their most challenging dive yet, showcasing the limitlessness of the human spirit in the process.”

Tyler Treese: Weir, you portray a really heroic Thai Navy SEAL who does everything he can to save these boys. It’s such a tragedy that happened, so what preparation went into this role?

Weir Sukollawat Kanarot: I’m lucky I have a diving certificate. [For] Saman, I just discussed directly with Ron about the character and the script. Saman, he was willing when more divers were needed and willing to rescue the boys.

Ploy, there’s just so much emotion in being a mother in this situation. What did you tap into for these moments to show both the fear of the situation and also the strength to stay hopeful?

I can relate that every one of us has a fear of losing someone we love and in that kind of situation, the only thing that we can be is to stay hopeful until we know the real result of the operation. Without a true understanding of the ending, we must stay hopeful. That is how I can relate my feelings with the parents of the kid, that that must be the strength of the parents throughout the whole operation.

Weir, you have so many great scenes inside the water. How difficult was it acting in those conditions?

Yeah, really, really difficult, but really beautiful. Because in the cave [there are] narrow passageways where it’s really dark and quite scary, but we have our professional safety team also help us during the shoot. The shooting went well. I had to hold my breath for about two minutes for the death scene.

MLB The Show 23 Will Have Negro League Chapters

MLB The Show 23 will have another league in addition to the major league, one that occupies an important spot...

Mel Brooks hasn’t made a film since 1995’s Dracula: Dead and Loving It. Since then he’s made several Broadway shows based on...

The Last of Us Episode 5 release date has been announced and it will air a bit earlier than other...

Sometimes there’s a very good reason a scene is deleted from a movie. But then there are times when a...