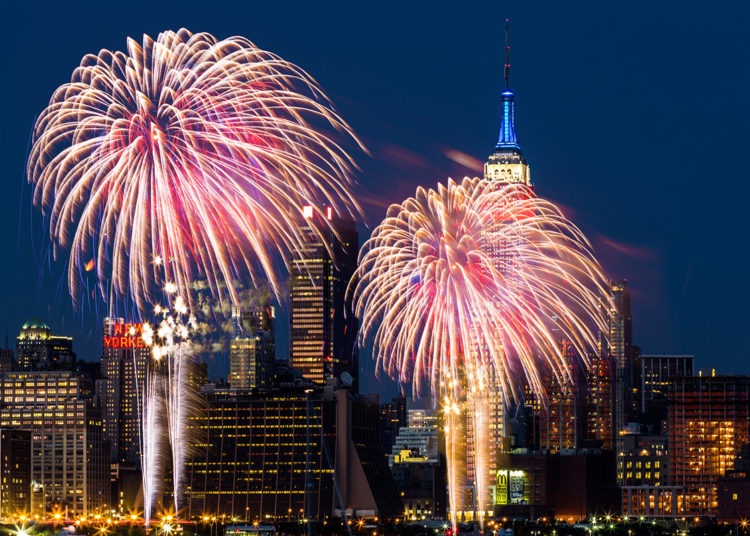 Things You Should Never, Ever Do in USA 2023

11 Best Things to Do in Grand Canyon National Park

Whether it’s 4th of July fireworks or even New Year’s Eve in NYC, here are some free and paid spots to view the techno display and enjoy a little hospitality while you celebrate in New York City!

As one of the most famous (and romantic) landmarks in New York City, the Empire State Building is our ultimate favorite spot, with more than 3 million hashtags on Instagram.

On Independence Day, the Empire State hosts their annual celebration from 7pm – 10pm. This exclusive event (closed to the general public and available by ticket only) offers prime views of the firework displays from the 86th floor, as well as gourmet food and a premium open bar.

Guests have private access to the open-air observation deck for the best fireworks viewing in the city and an awesome 4th of July soundtrack.

Tickets are $500, but everything else is priceless!

For the first time in five years, fireworks are returning to Staten Island in 2022!

Music by Making MemorEase will begin at 8:30 p.m with fireworks set to start at 9pm. (The show will be canceled in the event of bad weather). Bring your families to the boardwalk on South Beach, or if you don’t want to go to the island, watch them from a boat in the harbor!

Take the Staten Island Ferry party cruise to see the fireworks which includes a family-friendly dinner. Ferry departs from New Jersey. There is an open bar, outdoor deck, live DJ and plenty of dancing.

If you’re lucky enough to get your hands on one of the event tickets on July 4th, with a premium bar open 7.30pm – 10.30pm and food by legendary NYC BBQ restaurant Blue Smoke.

You can take in the best views of the fireworks while sipping on cocktails and tucking into canapes 1,100 feet above Madison Avenue!

If you’re in NYC for 4th of July and you want the best views for Macy’s annual mega fireworks display with celebrity performances, get yourself to the East River where five barges laden with dynamite are set to entertain you!

You want to be around Midtown, but get there early as there is limited space for the best views.

If you can’t get into these spots, just shuffle along the river and you’ll see them.

Or try one of these fabulous NYC rooftop restaurants with views of the East River for a cocktail along with your fireworks!

If you have your sights on visiting San Francisco, these ideas for the best things to do in the Golden...

Things You Should Never, Ever Do in USA 2023

11 Best Things to Do in Grand Canyon National Park

Fascinated by the 7 natural wonders of the world? Here we tick off one of them- the mysterious and engaging...

Mount Rushmore National Memorial is one of the most popular landmarks of the United States of America or the USA....