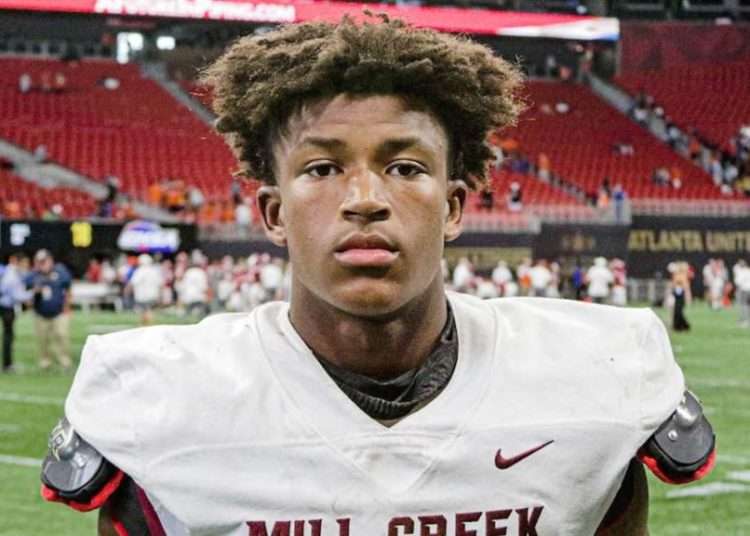 Alabama has its third five-star recruit in the 2023 class, and the school year hasn’t even begun. On Wednesday, star safety Caleb Downs announced his commitment to the Crimson Tide.

Downs, ranked No. 12 in the class, is the top-ranked player committed to Alabama. He joins cornerback Jahlil Hurley and safety Tony Mitchell as the three five-star players, per the 247Sports Composite Rankings.

He told Rivals that cornerbacks coach Travaris Robinson had been recruiting Downs since the athlete’s freshman year. Robinson remained persistent despite changing schools — he was a defensive coordinator at South Carolina through the 2020 season, defensive backs coach at Miami in the 2021 season and is now at Alabama — which played a role in Downs committing to Alabama.

The Crimson Tide have dominated recruiting thus far, particularly in the secondary. Three of the top four defensive backs in the class have chosen Alabama, providing a potentially ridiculous defense for years to come. The recruiting now consists of three five-star players, nine four-stars — two of whom are the top ranked JuCo players — a pair of three-stars and an unranked kicker. Altogether, that amounts to the fifth-best class on the 247Composite rankings, as of July 27.

Multiple girls basketball coaches were fired from a Virginia high school after a 22-year-old assistant coach was caught impersonating a...

Now that National Signing Day has come and gone, pretty much all of the elite recruits from the class of...