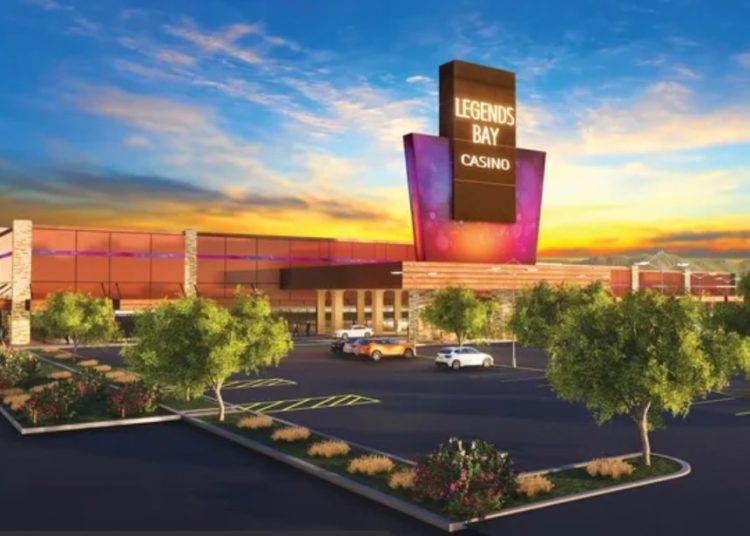 The first new ground-up casino in Reno-Sparks in 26 years will open to the public on Aug. 30, 2022. The Legends Bay Casino — located at The Outlets at Legends shopping center in Sparks — cost a reported $120 million. It also took 15 years to build, according to the Las Vegas Review-Journal.

“It’s an honor and a privilege for us to open the first new casino in Northern Nevada in a very long time,” said a statement from Garry Goett, chair and CEO of Olympia Companies, which built the casino. “We have been working tirelessly to bring this project to life for many years.”

Half of Legends Bay’s 80,000 square feet will be dedicated to casino operations, including 650 slot and video poker machines, and table games such as craps, roulette, three-card poker, ultimate Texas Hold ’em, and keno.

Legends Bay Casino will also feature the first Northern Nevada sportsbook by Derek Stevens’ Circa Sports. Circa has made a name for itself by laying out the red carpet for professional sports bettors typically shunned by major sportsbooks. Its Legends Bay patrons will be eligible to enter Circa’s NFL handicapping contests this season. (The Circa Million IV and Circa Survivor each have guaranteed $6 million prize pools.)

“I’ve wanted to get to Northern Nevada for a while now,” Stevens told the Review-Journal. “I just had to find the right fit. I knew right away that this was the right spot.”

Legends Bay will be Circa’s sixth sportsbook in Nevada. It will join five in Las Vegas — the Circa flagship downtown, the D Las Vegas, Golden Gate, Tuscany, and The Pass. Circa also operates sportsbooks in Colorado and Iowa, and will open in Illinois later this year. Its Legends Bay Casino sportsbook will fit as many as 140 people in its 18 stadium-style seats, banquet booths, and high-top tables.

History of a Legends

The last casino built from the ground up in Reno-Sparks was the Silver Legacy in downtown Reno. It opened in 1995. But Olympia didn’t intend for that to be the case. It acquired the land on which to build Legends Bay in 2006, a year after it formed. It originally envisioned opening a $500 million hotel-casino project with 1,000 rooms, and possibly a lakefront amphitheater, in 2008.

Then 2008 happened. Since the Great Recession, Olympia adjusted its plans several more times, mostly downward. The light at the end of the tunnel came from a closed Sparks gaming establishment called the Mint Casino.

“We found a grandfathered gaming license in Sparks that was actually movable from one location to another,” Court Cardinal, regional president of Olympia Gaming, told the Reno Gazette Journal in June. “So we purchased that gaming license.”

EGT’s office in Georgia was recognized as "Permanent Leader" for the second consecutive year at the 14th Awards Ceremony organized by the Swiss...

Gaming solutions provider EGT announced it will mark this year's edition of ICE London with its biggest stand to date, which...