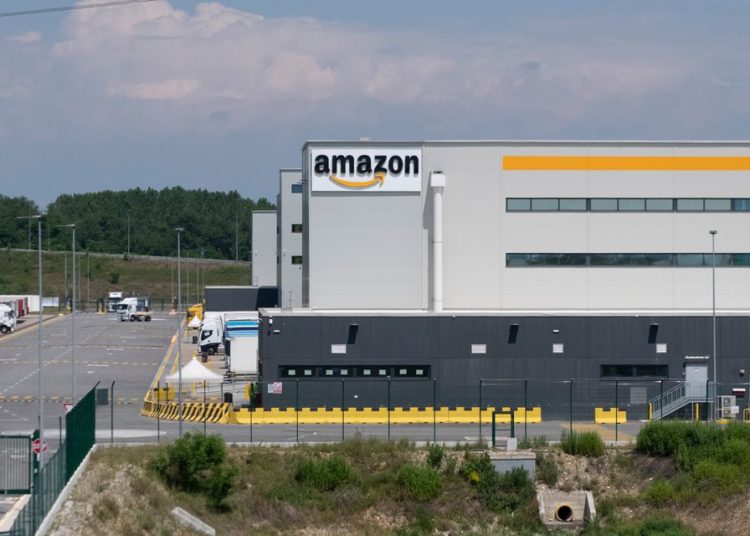 
Amazon
’s
June quarter financial report is shaping up to be one of the worst in the company’s 25-year history. The question is where things go from here.

) reports second-quarter results after the close of trading on Thursday. The company has projected revenue for the quarter of between $116 billion and $121 billion, up between 3% and 7%. Anywhere in that range would be the company’s slowest growth quarter in more than 20 years. Amazon is projecting operating income to range from a loss of $1 billion to a profit of $3 billion. Street consensus estimates call for $119.3 billion in revenue, $1.8 billion in operating income, and profits of 14 cents a share.

Over the last few days, the retail sector has been smacked by bad news from two key actors.

) said it is laying off 10% of its staff in response to slowing revenue growth as consumers pull back their online shopping. The two factors together have the Street jittery about both online and offline retailers. Even before those two reports, Street estimates were projecting about a 2% decline in Amazon’s online stores sales, after a 3% decline in the March quarter.

That is not the full story on Amazon, of course. One key to the Street reaction to the quarter will be Amazon Web Services, the company’s market-leading cloud computing arm. Street estimates call for it to post revenue of $19.7 billion, up 33% from a year ago. Another important ingredient to the quarter will be the company’s advertising arm, which is projected to hit $8.7 billion in revenue, up 21% from a year earlier.

Another key factor will be guidance for the September quarter. Current Street estimates call for revenue of $126.7 billion, up 14% from a year ago, with operating income of $4.4 billion.

There are a few other things to keep in mind.

In reporting first-quarter results, Amazon took a $3.8 billion loss on its stake in the electric truck manufacturer

). With Rivian shares down almost 50% in the June quarter, the company will need to take another noncash charge this time.

Also, Amazon had projected a 2 percentage point headwind from currency in the quarter, but the dollar further accelerated since the company made that call, which suggests the actual impact will be higher.

Amazon also had said June quarter results would include about $4 billion in temporarily higher costs tied to inflation, in particular for fuel and transportation. Not least, Amazon in reporting March quarter results had said that it should see improved year-over-year growth in revenue growth as comparisons get easier.

BofA Global Research analyst Justin Post wrote in a note previewing the quarter on Tuesday that this week’s Walmart earnings pre-announcement suggests potential gross margin headwinds for Amazon. He thinks the company will show progress on supply-chain issues and working down excess logistics capacity, but he sees some pressure on margins from consumers trading down to less discretionary items and potentially some moves by the company to clear out some Amazon-branded goods.

Barron’s recently made the case that Amazon shares could eventually double or triple from here as the company unlocks more value in particular from Amazon Web Services. For the moment, the Street is more focused on the company’s issues in the retail sector. If the market begins to see the June quarter as the bottom for the company’s e-commerce business, psychology on the shares could shift to a more positive tone.

Amazon shares are down about 31% for the year to date.