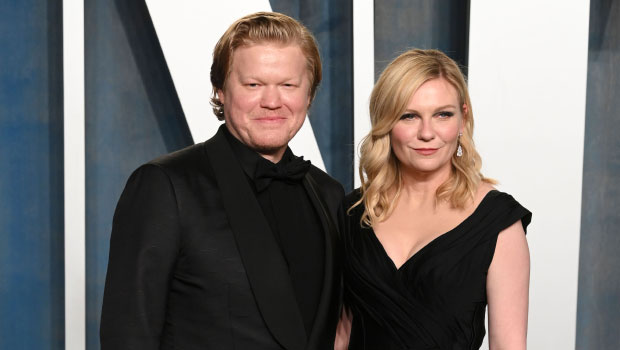 
Kirsten Dunst, 40, and Jesse Plemons, 34, looked gorgeous together during their first public outing since getting hitched. The actress showed off her wedding rings, which included a diamond and gold band, as she walked beside her new husband during an outside stroll. They looked relaxed and content as they donned casual yet stylish outfits and sunglasses.

Kirsten’s outfit included a dark blue long summer dress and black sandals while Jesse rocked a red button-down shirt with white and blue stripes, black jeans, and black Converse sneakers. The beauty also carried around a pink water bottle with a black top as her blonde hair was pulled back and she took in the views around her.

Kirsten and Jesse’s new outing comes after they got married reportedly at the luxurious Ocho Rios, Jamaica GoldenEye resort in Jamaica earlier this month. They had been dating for five years at that point and share two children, including Ennis, 4, and James, 1, together. “I can confirm they are married. No other details will be shared,” Kirsten’s rep told HollywoodLife in a statement.

The new husband and wife first met on the set of the FX series, Fargo, which they both starred in, and eventually got engaged in 2017. In Sept. 2020, Jesse gushed over his wife-to-be at the time and said he knew she would be special from the moment they started getting to know each other. “I knew that she would be in my life for a long time,” he told The New York Times.

Kirsten also gushed over Jesse in a separate interview with The Los Angeles Times in 2021. “He was like a creative soul mate to me and the way we both work,” she told the outlet. “On Fargo, I knew after two weeks. I didn’t remember saying this, but one of my best friends told me that I said to her that ‘I will know this man for the rest of my life. I just know it.’ Just because I felt such an immediate connection.”

‘Bring It On’ Cast Then & Now: See How Stars Of The Classic Teen Movie Have Changed 20 Years Later

How To Improve Gut Health Naturally

Google, like Amazon, will let police see your video without a warrant