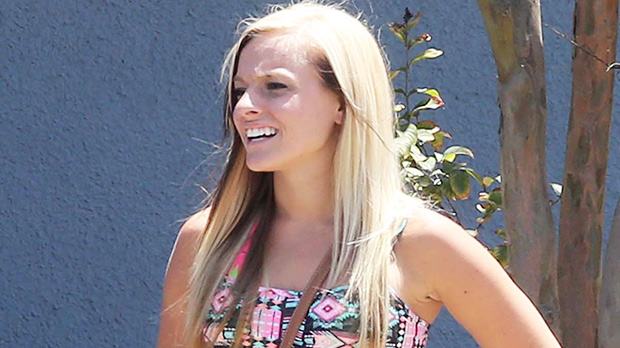 
Former Teen Mom OG star Mackenzie McKee is a single mom. The 27-year-old mother of three confirmed that she split from Josh McKee, 29, after 12 years of marriage in a long and heartfelt statement to Celebuzz.  “I’m coming from a very deep, raw and vulnerable part of my heart… life is crazy. Our entire life was played out in the spotlight,” Mackenzie began in her statement. “I’m stepping into an entire new life and new me. The things I use to cry over, are now a walk in the park. I’m so thankful for the past 12 years with Josh and what they taught me. Josh and I are both still young with an entire life ahead of us. And I wish nothing but peace and happiness for him and his future. Everyone has their own story, and this is mine.”

The MTV alum then subtly blamed Josh for why their union fell apart. “The old me would have released a story about how awful Josh is, what he did and why this marriage is ending,” she noted. “The new me understands that we are both walking away from this with deep scars and our kids love us both despite the pain we brought one another. We are human, we are all human on this earth just trying to make it.” She further confirmed she would not be sharing more details about their split because she felt it would not be “fair” to tell “his side” of the story, although she took one more jab at her ex. “Was I a perfect wife?” Mackenzie asked. “No. But I’m also not pretending that Josh was a good husband.”

Mackenzie also gave insight into how she finally mustered up the courage to walk away from Josh. “Us women do not leave until we are ready. Until we can wake up, notice the coffee don’t smell right, and something is off. That was my marriage. But my marriage is all I’ve ever known since I was a young teenager,” she explained. “When that switch happened when I knew I was going to leave, my entire world changed. I wasn’t sad, I wasn’t sad about anything, I wasn’t angry, I wasn’t depressed. I gained my power back as a female who finally knows her self worth. And I was finally so exhausted that I was done, and anything that has hurt me these past 5 years was gone,” she continued. “I no longer care.”

She concluded her lengthy breakup confirmation by reflecting on the “long road ahead” for her and Josh, but noted she has no regrets about her decision. “It’s hard leaving and becoming a single mom. But it’s harder staying and living the only days God gave me being told by someone I loved I was nothing in this life,” she poignantly  stated. “I’m a free spirit and goal driven woman. And that was started to be stripped from me day by day where I was so weak I couldn’t even look at myself in the mirror and tell myself AM enough.”

Mackenize also confirmed her single relationship status on Instagram on July 26. “I am breaking my silence about Josh and I being done,” she wrote alongside two photos of her and Josh. “I will always respect him as the father of my children but it’s time for me to find my happy.”

Mackenzie first received public attention after she appeared on 16 and Pregnant in 2011, and then continued her time on reality television via Teen Mom OG. While her marriage to Josh lasted over a decade, it was not always a smooth ride and some of the complications within their marriage aired on Teen Mom, including a cheating scandal.

Mackenzie dropped two hints that Eagle-eyed fans caught recently that made them assume her marriage might be over for good. First, on July 20, she tweeted three photos of herself out partying with friends with the caption, “27 and living life for the very first time.” Three days later, she complained about dating. “The dating world is wack guys… these men out here playin’. Ive been out of this game for wayyy too long,” she tweeted.

27 and living life for the very first time 😝 pic.twitter.com/M5v8qSYJ5q

Furthermore, she took to TikTok on July 24 to stitch a trending clip of a group of girls cheerfully reacting to what is meant to be exciting news. In Mackenzie’s side of the video, she showed herself doing laundry and wrote “I finally walked away.” over the video.

Josh seemed to hint toward a breakup too, but made it a bit less obvious. He shared a mirror selfie July 22 to show off his ripped arms and torso and wrote, “The pain is worth the growth!!!” in the caption. His wedding band was noticeably absent from the snapshot. While the caption can certainly be about his fitness progress, a few fans took to the comment section to question his relationship status.

Mackenzie and Josh share three kids: Gannon, 10; Jaxie, 8, and Broncs, 5. At the time of this writing, Josh still has the word “husband” listed in his Instagram bio, and they both appear in each other’s feeds.

A Review of the Anki Application

5-star safety Caleb Downs, others to commit in final week of July

View gallery Image Credit: Backgird/MEGA Paris Hilton, 41, looked like she was having an incredible time during her recent one-year...

Your Go-To Guide for Streaming New and Classic Holiday Movies

When it comes to holiday movies, it can be just as overwhelming figuring out where to watch something as it is figuring...

Image Credit: Wirestock/Adobe If you purchase an independently reviewed product or service through a link on our website, we may...

This article is sponsored by Coach Outlet. The items featured were selected from Coach Outlet because we love them and...

5-star safety Caleb Downs, others to commit in final week of July