Christopher Pullease: Sunrise, Florida, sergeant is charged with felony battery after he grabbed an officer by the neck during an arrest in Florida 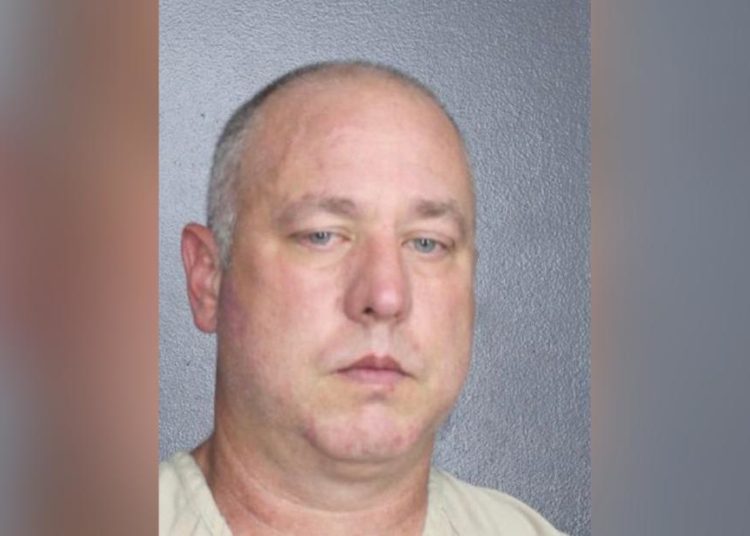 The sergeant, 47-year-old Christopher Pullease, was charged with four crimes for his conduct, including battery and assault on a law enforcement officer, according to a statement from Broward State Attorney Harold F. Pryor.

“Sergeant Christopher Pullease was involved in an incident in November 2021 that led to a joint criminal investigation that was conducted by the Sunrise Police Department and the Broward State Attorney’s Office,” Sunrise police said in a statement Thursday. “Sergeant Pullease has been on administrative leave throughout the course of the investigation.”

The incident was first brought to light by CNN affiliate WSVN in January, according to a Sunrise police press release that month.

SPD Chief Anthony W. Rosa, who spoke to WSVN exclusively, said at that time he felt it was necessary to show the public the bodycam video of the incident. “It is vital to be transparent,” he said.

CNN is working to obtain the body-worn camera video. SPD provided an edited version to WSVN.

On November 19, 2021, a suspect had been placed under arrest for a violent felony, according to the chief. Once the suspect was inside the patrol vehicle, Pullease “approached and engaged in a verbal altercation with the suspect in a manner that I feel was inappropriate and unprofessional,” Chief Rosa said in January.

Pullease was allegedly yelling at the “suspect while holding his can of pepper spray,” said the chief. “Although he did not deploy the spray, the sergeant’s actions unnecessarily elevated the demeanor of the suspect.”

Bodycam video of the incident shows a female officer running to Pullease, grabbing him by his belt and pulling him back, away from a suspect inside a police vehicle.

Pullease then turns and grabs the officer by the neck while pushing her backward, the edited video released by the department shows.

“The movements of the sergeant and officer are stopped when the officer’s back comes into contact with a nearby police vehicle,” said Rosa, adding that “upon hearing about this incident, I immediately relieved the sergeant of his supervisory responsibilities and ordered an internal affairs investigation.”

Pullease was arrested and pleaded not guilty to all four charges against him during an arraignment hearing Thursday, court records show.

Pullease has since bonded out of the Broward County Jail, according to jail records. Pullease’s next hearing is set for September 8 in a Broward County courtroom, court records show.

CNN has reached out to Pullease for comment. It is not clear whether he has retained an attorney at this time.

The Sunrise Fraternal Order of Police Lodge 80 said in January it supported the sergeant receiving a fair investigation and an “unbiased and objective conclusion.”

The statement from lodge President Steven Negron added: “Chief Rosa should not be opining as to his personal feelings or assisting in publicly ridiculing the Sergeant to the community or his subordinates.”

CNN has since reached out to Sunrise FOP for further comment.

If convicted, “the maximum possible penalties are five years in state prison for felony battery on a law enforcement officer, one year for assaulting a law enforcement officer, and 60 days for assault on a civilian,” according to the state’s attorney statement. The maximum sentence for tampering with evidence is five years, according to the statement.

How Productivity Apps are Making Us LESS Productive: Digital Minimalism in 2021