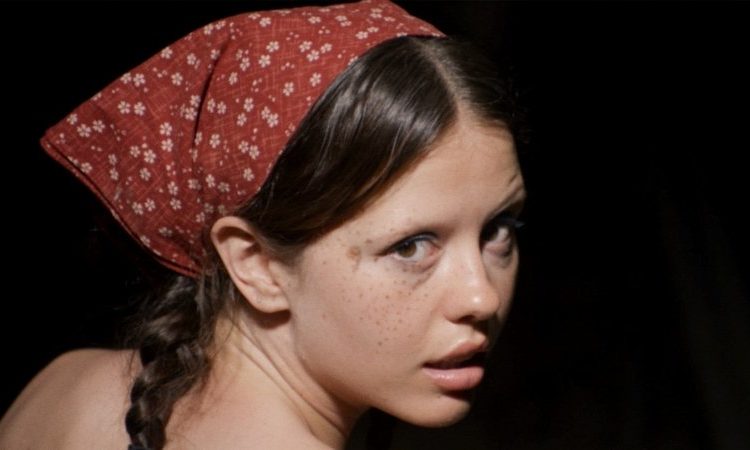 A new poster for Pearl, the prequel film to Ti West’s X, has been released, showcasing Mia Goth in the starring role.

The new poster comes ahead of the film’s trailer, which is set to debut tomorrow. The poster features Goth, complete with bloody hands, staring right into the audience’s eyes. A black-and-white image of Goth preparing to swing an axe down on someone can also be seen underneath her, teasing the likely chaotic moments set to appear in the upcoming film.

Check out the new Pearl poster below: The character Pearl originally appeared in 2022’s horror film X, where she was also played by Goth, albeit in a ton of makeup to appear much older. In a post-credits scene of the film, a trailer for Pearl played, although the trailer hasn’t been released or included on any of the releases of the film.

Development for Pearl began during the production of X, with director Ti West writing the film while also filming X. Filming for Pearl took place in secret immediately following the completed photography of X, with both films being made back-to-back in New Zealand while X‘s cast and crew were on hand. Pearl is set in 1918 during World War I, and will explore Pearl’s backstory and how she comes to be the villain she is in X.

Generally I would not recommend you let a killer, artificial-intelligence-enhanced doll into your house. But I think in this context,...

Every year we expend so much effort on the Oscars. Who will win? Who should win? Who got snubbed? Who...

HBO’s The Last of Us is going bonkers in terms of viewership. Everyone loves the new show; many will agree it’s probably...