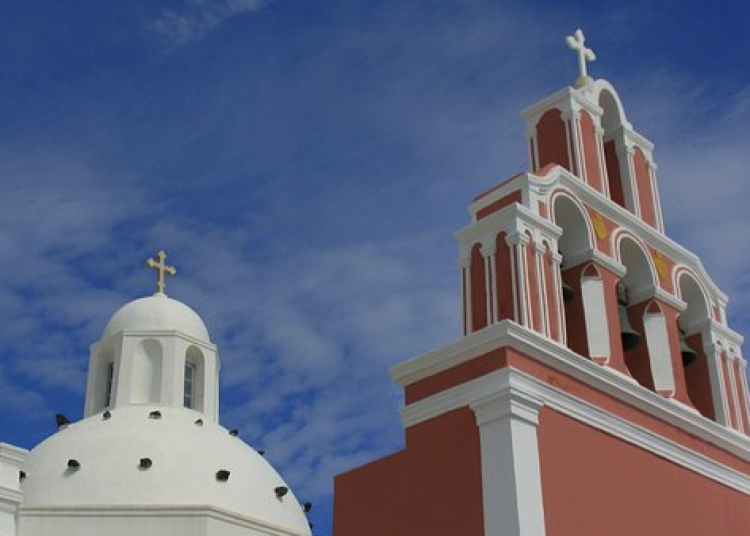 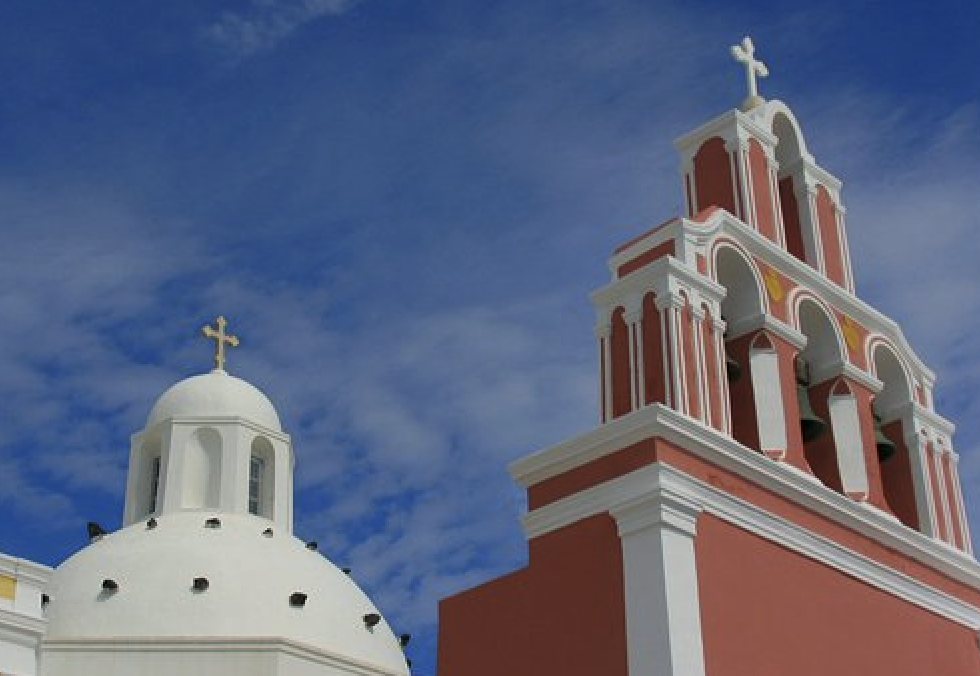 Contrary to popular belief, there are more than a few GetReligion readers who haven’t given up on the mainstream press.

I know this because, every now and then, I will get emails that praise the same news story or feature. Often these missives come from readers who have been known to send me the URLs of news reports that contain errors or are radically unbalanced in how they approach covering complex issues.

In other words, these readers are reading the news and looking for “good” journalism — defined as work built on an old-liberal American Model of the Press approach seeking accuracy and some sense of balance (maybe even respect for diverse voice) when covering complex debates.

With all of this in mind, let’s look at a recent Associated Press report that several readers have written me to praise: “On Greece’s Santorini, 13 cloistered nuns pray for the world.” This is an unusually beautiful feature — the photography is stunning (please check that out) — written by Giovanna Dell’Orto, a journalism professor at the University of Minnesota who does freelance work for AP.

How did this piece come about, since it clearly involved a travel budget for in-depth religion work (rare in this thin-budget age), research time and a commitment to a detailed feature with strong photography? The credit line offers this: “Associated Press religion coverage receives support through the AP’s collaboration with The Conversation US, with funding from Lilly Endowment Inc.”

What is right with this piece? A regular reader noted, via email:

… I guess I submit this because a story that focuses so much on the joy of cloistered contemplatives is not what you expect to see in most newsfeeds. By letting the community speak for itself and by bringing nothing but honest curiosity to the story, look how even this short article opens a door on a whole other world. I’m reading “Desert Fathers: Sayings of the Early Christian Monks” at the moment, and this news story brought an ancient practice to vivid life.

I agree with all of that and, in this post, I will stress the positive — because it’s there.

At the same time, let me note that it was rather strange that this story focuses exclusively on “God” language and doesn’t contain a single reference to, well, Jesus (other than the name of one of the sisters). This is strange when writing about women religious whose Dominican vows joyfully declare them to be the Brides of Christ. Also, there are no references to St. Mary, the mother of Jesus.

My question: Was the assumption that clear Christian language would offend many readers, even if this faith is at the heart of the story? Let’s start with the overture:

Inside this convent on one of the trendiest islands in Greece, a predominantly Christian Orthodox country, 13 cloistered Catholic nuns devote their lives to praying for those visitors and for the world.

It’s a crucial if often misunderstood mission within the church, where constant prayer is deemed necessary to support more outwardly engaged ministries.

“In such a touristy island, the last thing one thinks about is praying — so we are the ones who do it,” Sister Lucía María de Fátima, the prioress, said on a recent morning.

This was not your ordinary setting for a series of casual journalism interviews. I love how the setting is described in the very next block of material.

She and other sisters spoke in the convent’s parlor, from behind a widely spaced white iron grille that demarcates the cloistered space from the outside world. Ending more than two years of pandemic seclusion, the sisters will welcome visitors back to the public part of their church starting at a Mass in early August for the convent’s 425th anniversary.

The rest of the convent is considered a sacred space, where the nuns live mostly in silence and contemplation, leaving only for medical reasons or government requirements.

“After going beyond the grille, we miss nothing. When God gave us the vocation to being cloistered, he gave us the complete package,” said Sister María Esclava, who’s originally from Puerto Rico.

The work of this truly global circle of Dominicans is describe in many ways, such as a living “witness that God alone is enough.”

These sisters carry on with a “complete devotion to prayer that traces its origins to the first desert hermits, who sought closeness to God by removing all earthly distractions.” They are the “voice of the church” that, while living as contemplatives, serves as a “rearguard” while other clergy and religious work in public ministries. Thus:

That certainty of belief shines through the sisters’ cheerful demeanor despite an austere life that demands sacrifice not only from them but from their families, whom they can only see occasionally behind the grilles.

I especially appreciated the details contrasting the lives of the sisters with the flashy nature of the cruise-ship tourism that surrounds them. Here is an example of the simple, clear language used in the story:

When not praying or practicing music and hymns, the sisters — ranging in age from 40s to 80s — do housework; tend to the garden, where they grow tomatoes, lemons and grapes; and make communion wafers for most of the Catholic parishes in Greece.

During two daily recesses, they break their silence to chat on the wide terraces, the Aegean Sea shimmering in the distance. At dawn, a bell calls to the first of about nine hours of prayer, most sung in Latin, Spanish and Greek.

OK, I will ask. When covering believers whose lives center on hours and hours of prayers and hymns — this is the heart of their vocations, after all — why not offer readers one or two samples of what they are saying and singing, day after day, century after century?

This information is not hard to find, since these traditions have centuries of depth and some of that has found it online. With a simple online search for “Dominicans” and “morning prayers” I found the following on the website of a monastery in New Jersey, a morning prayer offered in answer to this question: “Have you ever wondered how we are pray for all those for whom we have promised to pray?”

O adorable Trinity, we offer you, through the hands of our Blessed Mother, all our prayers, communions, rosaries and good works in behalf of our families, relatives, friends and benefactors; for the sick and the dying; for the poor souls in purgatory and all poor sinners; for all those who have been recommended to our prayers, for those for whom we have promised and are bound to pray. O God we humbly beseech you to hear our prayers, and grant our petitions. We ask this through the merits of the Passion and Death of our Lord Jesus Christ. Amen.

One more question that, for me, is logical. This monastery in Greece contained, at the time of this report, 13 sisters from around the world. Recently, it had as few as three sisters. Is this order growing? Is the Catholic church in Greece producing priests and sisters?

Just asking. That might be a relevant question when discussing this community’s future.

FIRST IMAGE: An uncredited publicity photo with the “Monastery of Dominican Sisters” information page at TripAdvisor.com

5 Best Day Trips You Can Do at Palm Cove

A (near) complete history of this movement in America — GetReligion

In early January, The Conversation, an academically oriented website affiliated with Religion News Service, ran an explainer with this headline:...

(RNS) — Speaking to a refashioned National Prayer Breakfast gathered at the Capitol with a new board and in a...

This last graph takes an even wider view of Culture War issues — and the results are more of the...

At Tyre Nichols’ funeral, VP Harris and Sharpton among those praying and promising reform

A prayer is offered near the end of the funeral service for Tyre Nichols at Mississippi Boulevard Christian Church on...